ARRANGING FILL IN PLAYERS
Occasionally teams may not have a full complement of players due to injury, school camps, etc. Given enough notice the Club or Team can often arrange players from lower age groups to play up in higher age groups to avoid walkovers (such as U14 girls playing up in U16's). When contacting families of children in lower age groups to source players, there's a few things need to be taken into consideration.

The Association has strict rules regarding players playing up an age group and players filling in for teams, these need to be adhered to at all times to ensure the bylaws aren't breached. Breaches can result in a loss of premiership points. The applicable bylaws are shown below. 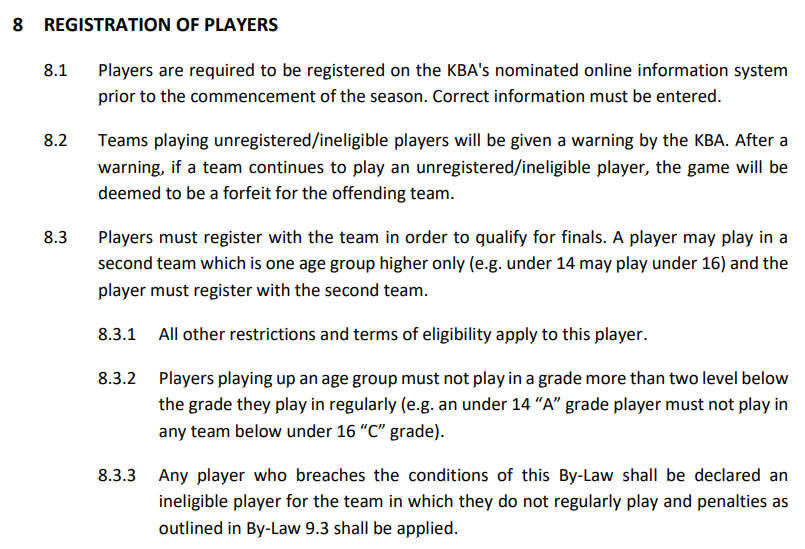 WALKOVERS / FOREFITS
To read more about walkovers please click here.
BREACHES TO THE KBAJ BYLAW - PLAYING INELIGIBLE PLAYERS
Breaches to the KBAJ bylaws are taken seriously by the KBA. Click here to read the Association bylaws that govern the playing competition and penalties for breaching them.

Please familiarise yourself with them to ensure that you do not breach them. If you have any questions about them please contact the Club.