Do you know anyone at our Club that has accomplished great achievements on or off the court?

If so, please contact admin@aberfeldiejets.com.au to let us know so we can acknowledge their great work! 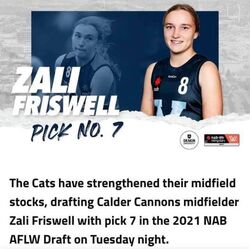 Zali Friswell drafted to the AFLW!

Zali Friswell, a 2003 born seasoned Aberfeldie Jets player (2015-2021) has been drafted to the AFLW! A talented dual sport athlete, Zali only stopped playing basketball at Aberfeldie Jets recently when her AFL schedule got super busy.

Zali was drafted by Geelong Cats in #7th spot (from 61 players) in the 2021 AFLW draft as their second pick for the evening. Georgie Prespakis another Calder Cannons player and Moonee Valley local was their first pick at #2.

At 165cm Zali can play inside or outside mid, with her speed and agility also feature in her game. Zali is able to hit-up targets well, and represented Vic Metro at the Under 19 National Championships.

Zali also lined up for Essendon’s VFLW team on seven occasions. She was among the Bombers best in the semi-final against Collingwood.

Check out an interview with Zali and one of her school teachers Brent Taylor, the morning after the draft, where she discusses her excitement in being drafted here. 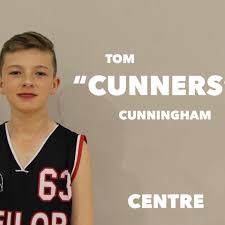 Three is not a crowd! Tonight (25/1) we also learned that our very own Tom "Cunners" Cunningham (pictured) is the third Jets player selected in this year's State Development Program (2021). How awesome is that!!

Tom who has played at Aberfeldie Jets since U10's also plays rep at Keilor Thunder Basketball and will be in good company with his peers from Keilor who also made the cut. Congrats to Jericho Jimeno, Phoenix Somerville, Kristian Tsapatolis, Kai Petersen and Kai Prince Read more here. 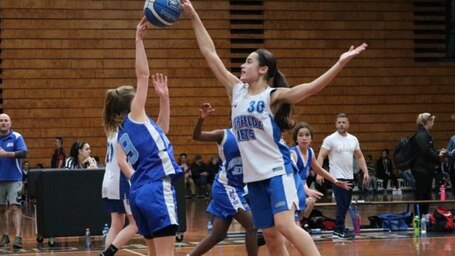 Aberfeldie Jets is thrilled to learn that our very own Taylah Babic has been selected in the 2021 - U18 girls State Development Program! Taylah who has been playing at Aberfeldie Jets since U12's and also plays Youth League for Keilor Thunder Basketball is pictured above right #30 contesting a jump ball (photo courtesy of Leader Newspapers). Taylah has achieved one of her goals of being selected for the State Development Program and is such a pleasure to watch play. 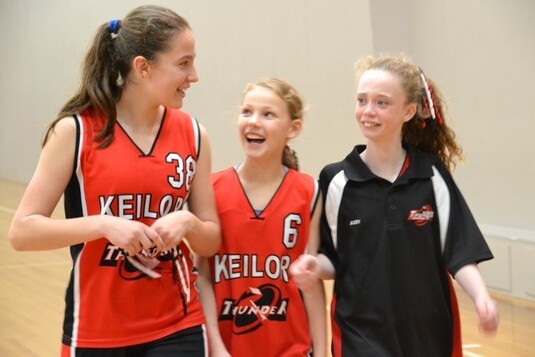 A huge shout out to Aberfeldie Jets player Imogen Giles who has been selected in the 2021 - U16 girls State Development Program! Imogen who has been playing at Aberfeldie Jets since U10's and also plays rep for Keilor Thunder Basketball is pictured left (#38) at the 2018 VJBL Junior Classics. 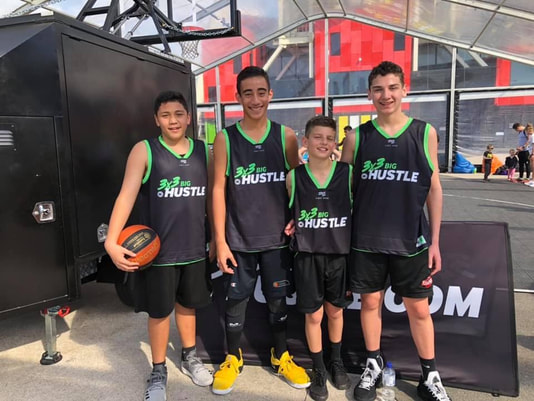 Congrats to Cruz and co

Cruz and his team mates Kristian Tsapatolis (Keilor Thunder), Xavier Ah Tong (Bulleen Boomers) and Maehe Paraha (Werribee Devils) won all of their games and then their semi final in the recent 3x3 Hustle at Docklands.

Their success now sees them playing in their Grand Final this Saturday at Marvel Stadium during the half time break at the USA vs Boomers game! 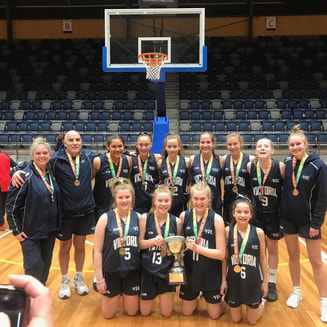 Congrats to Aberfeldie Jets very own Imogen Giles (pictured back row fourth from the right)! Such an amazing effort. Our Club is so proud of you and your female peers, well done on representing Victoria and winning Gold at the State Schools Australia Championships. 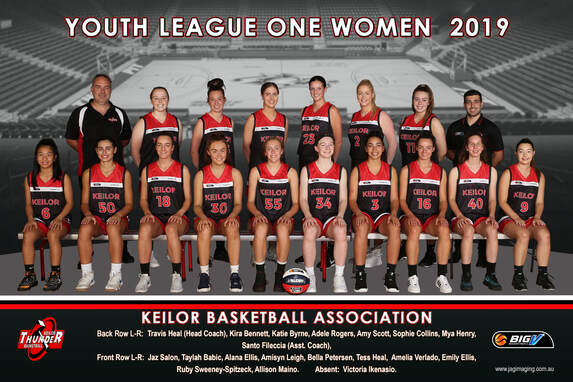 Aberfeldie Jets player Taylah Babic (pictured bottom row second from the left) and her Youth League team have made the Big V 2019Grand Final, playing the best of three series against the Casey Cavaliers. 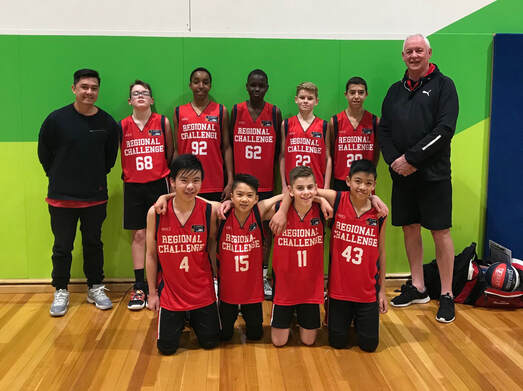 A huge shout out to Aberfeldie Jets Coach Roy Fishenden and Aberfeldie Jets players Lenny, Muc and Mustafa all of the U14.6 Keilor Thunder Basketball boys team, who took out the 2019 MUVJBL Regional Challenge (U14 Boys) at Broadmeadows Basketball Stadium on Friday 12 July!

Now in its 11th year, the Challenge is an invitational event that matches the top regional teams in a North West vs. East showdown.

All players and coaches were awarded a commemorative medal and singlet in recognition of their participation.

Jarvis West and Daniel Sexton from Aberfeldie Jets U12.1 Boys team (Coach Brent West) were recently selected for the Victorian Metro Under 12 Showcase held at Dandenong Basketball Stadium from Monday 8 July to Thursday 11 July. All under 12 Representative players playing Victorian Championship level this season were invited to a Talent Identification camp back earlier in the year, and from there 120 boys and 120 girls were selected and invited to further participate in a 4 day program comprising skill training and a round robin competition. This is the second year Basketball Victoria has run this event, and it has been “established to provide a tangible opportunity for junior basketball development, being the first step along the Basketball Victoria player pathway, which has historically provided male and female national teams with elite talent.”
Our volunteers will benefit from Kylee's further studies

Volunteer West, with funding provided by the State Government, offered a free Training and Mentoring Program in the first half of 2019 for 24 small not-for-profit organisations. Upon completion of the training, organisations will be able to attract more volunteers, provide better supervision and support to volunteers and also provide a more fulfilling experience to the invaluable volunteers who help their organisation.

Check out Aberfeldie Jets Coach Cameron Groppi featuring in this SEBL match from days gone by between North East Melbourne Arrows (red) v Albury Border Bandits (yellow). Cameron is number 4 in the red, he scores the first basket for the Arrows and then gets rejected by the Bandits import a bit later in the game.
U12 Boys Summer 2019-19 Grand Final, what a thriller! 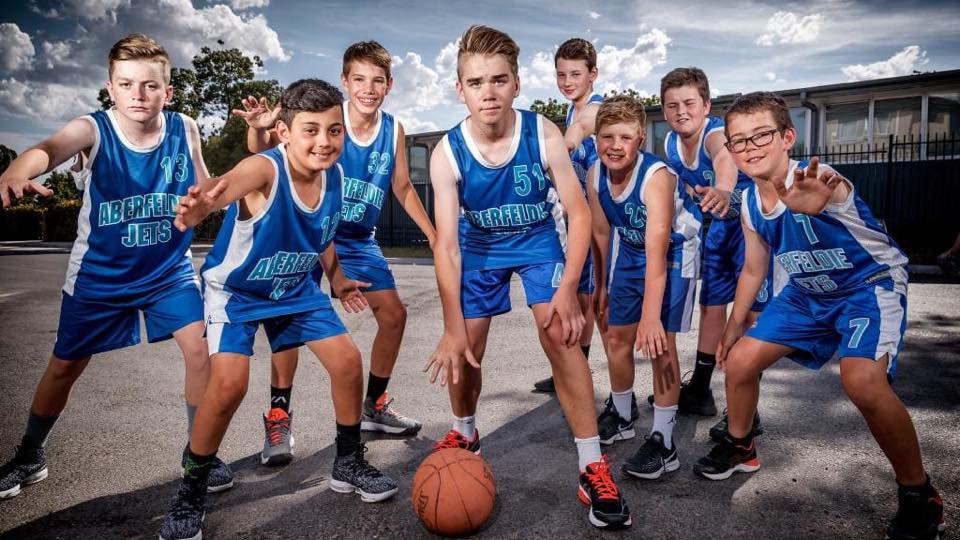 Will Fairbairn on the road to recovery following a brain aneurysm

“A plucky Melbourne boy is back playing sport after his parents were told he’d never walk again following a brain aneurysm. A headache during a game of indoor soccer was the first sign of trouble for then 11-year-old Will Fairbairn, of Niddrie, in Melbourne’s north west. It quickly turned to blinding pain and vomiting, and then he fell unconscious. He was rushed to hospital for emergency surgery. It lasted nine hours.

Will Fairbairn is back on the court following treatment for a brain aneurysm. “It was horrifying for us,” Will’s mum, Caroline Fairbairn, said. “We expected the worst. We were right to expect the worst, those surgeries often fail. It was an excruciating wait.” It got worse when she was told her son would never walk again. He was paralysed down his left side. But during Will’s 29-day stint in hospital, a miracle happened. While in an induced coma for five days, Will began pulling the tubes from his body. He did it so often his dad asked the nurses to strap down his right arm. Despite doctors saying he was paralysed, Will was so annoyed with the tubes he used his left hand to pull them out. When he woke up, he could walk.

The 12-year-old has a long road ahead. He is working hard to overcome mental fatigue and processing issues that affect his ability to concentrate. “He has shown a great deal of character and resilience in being where he’s at,” Mrs Fairbairn said. But for now, Will is playing softball and basketball and will start cricket after Christmas.” 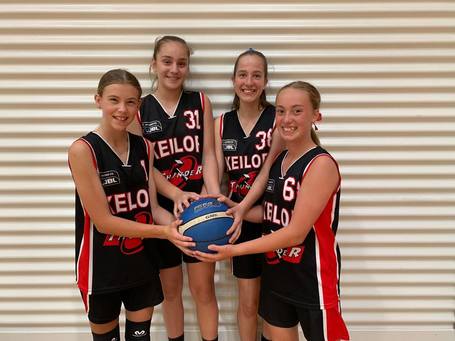 Aberfeldie Jets players Imogen Giles & Ruby Murphy selected for 2019 Victorian Southern Cross Challenge
Aberfeldie Jets would like to congratulate our very own Imogen Giles (2nd from right) and Ruby Murphy (right) who also play in the Girls Under 14.1 Keilor Rep Team for being selected into teams to play in the Southern Cross Challenge in January 2019 - Ruby has made the Vic Country team and Imogen has made the Vic Metro team. Well done girls!

The Southern Cross Challenge is the beginning of the high-performance pathway for identified athletes, coaches and officials. A Basketball Victoria initiative, the tournament is positioned to aid the development of those identified from a series of selection camps across the year. The Challenge gives top junior Victorian Basketballers insight into elite development and higher-level gameplay across the four-day tournament. 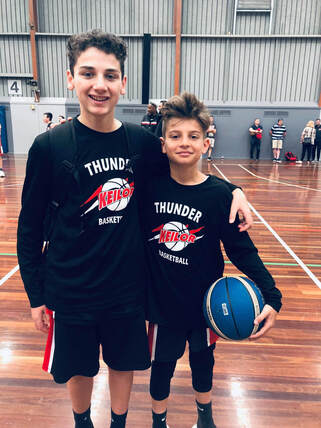 Jets player Cruz Gurrisi selected for Victorian Southern Cross Challenge
You may recall our previous shout out to Aberfeldie Jets player Cruz Gurrisi who was selected to play in the Victoria Metro Under 12 Showcase in Werribee back in July this year? If not check out the article below. Cruz has again caught the eye of selectors whilst at the event and has been further selected to play in the upcoming 2019 Southern Cross Challenge.

Getting selected in a squad of eleven is no easy feat, what makes Cruz's selection even more special is the fact that he is a bottom age player, one of only two selected for the squad with the other nine players top age. Cruz (pictured holding the ball) together with Keilor Thunder team mate Kristian Tsapatolis also bottom age, are set to experience an amazing developmental opportunity by taking part in the elite tournament.

The Southern Cross Challenge is the beginning of the high-performance pathway for identified athletes, coaches and officials. A Basketball Victoria initiative, the tournament is positioned to aid the development of those identified from a series of selection camps across the year. The Challenge gives top junior Victorian Basketballers insight into elite development and higher-level gameplay across the four-day tournament.

The Southern Cross Challenge is on at the State Basketball Centre, in Wantirna South from 17-21 January, 2019.
Tournament runners up!
Congrats to Kim Gray's U14 girls who came runners-up in the U14 Division 1 Grand Final, at the 2018 Great Western Junior Basketball Tournament played at the Altona Stadium. Kim's team play this tournament annually and find it a great way to bond and improve their game.

Tom Cunningham, Cruz Gurrisi and Andrew Gledhill were recently selected for the Victoria Metro Under 12 Showcase held in Werribee from 9-12 July. All under 12 Representative players playing Victorian Championship level this season were invited to a Talent Identification camp back in April 2018, and from there 120 boys and 120 girls were selected and invited to further participate in a 4 day program comprising skill training and a round robin competition. This is the first year Basketball Victoria has run this event, and it has been “established to provide a tangible opportunity for junior basketball development, being the first step along the Basketball Victoria player pathway, which has historically provided male and female national teams with elite talent.”
Congratulations to Aberfeldie Jets players Brodie McWhinney & Cooper Colson
Tournament winners!
A huge congrats to Aberfeldie Jets U12.1 girls who attended the 2017 Greater Western Junior Basketball Tournament at Altona. They took out the U12A grade girls final by 19 points. Not an easy feat for a group of bottom aged players, playing against girls much taller and stronger than them!