*Highball is an overarching term in our community that covers off basketball, netball and a few other sports such as volleyball, that can be played on the same court indoors. Different color lines denote the sports and the goals/rings/nets etc can be interchanged to suit depending on the sport being played at the time.
The six court Keilor Basketball Stadium is an example of a highball stadium

A signed copy of the letter below was emailed to all candidates. You can find their responses here 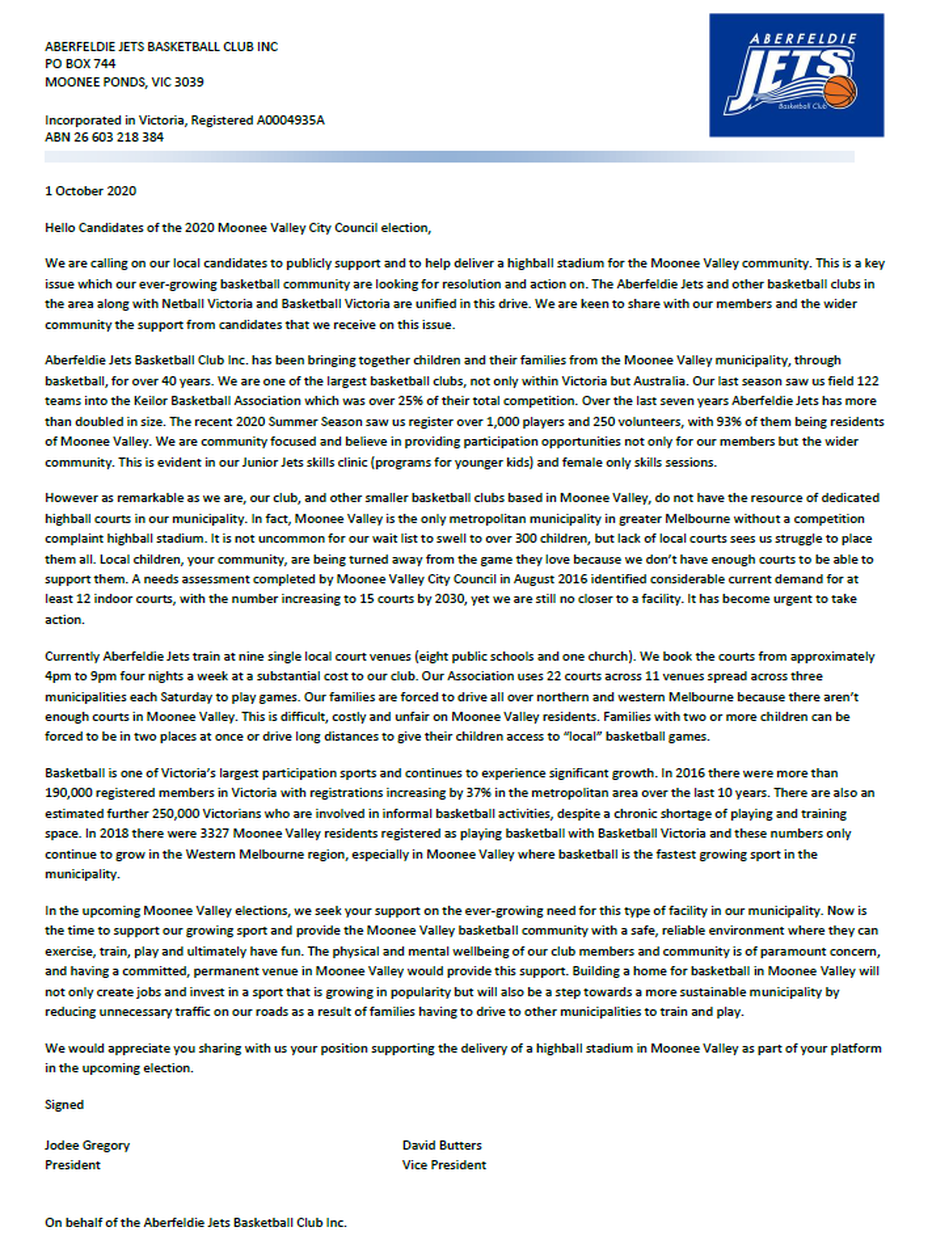 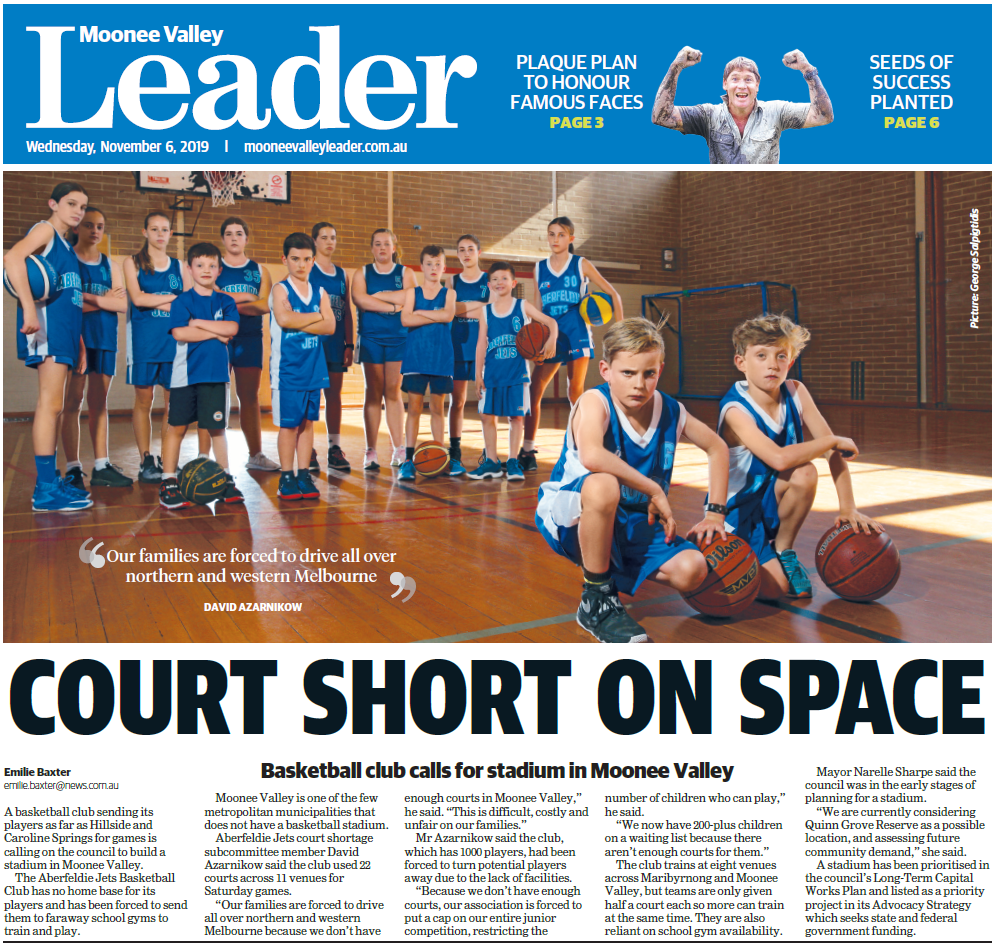 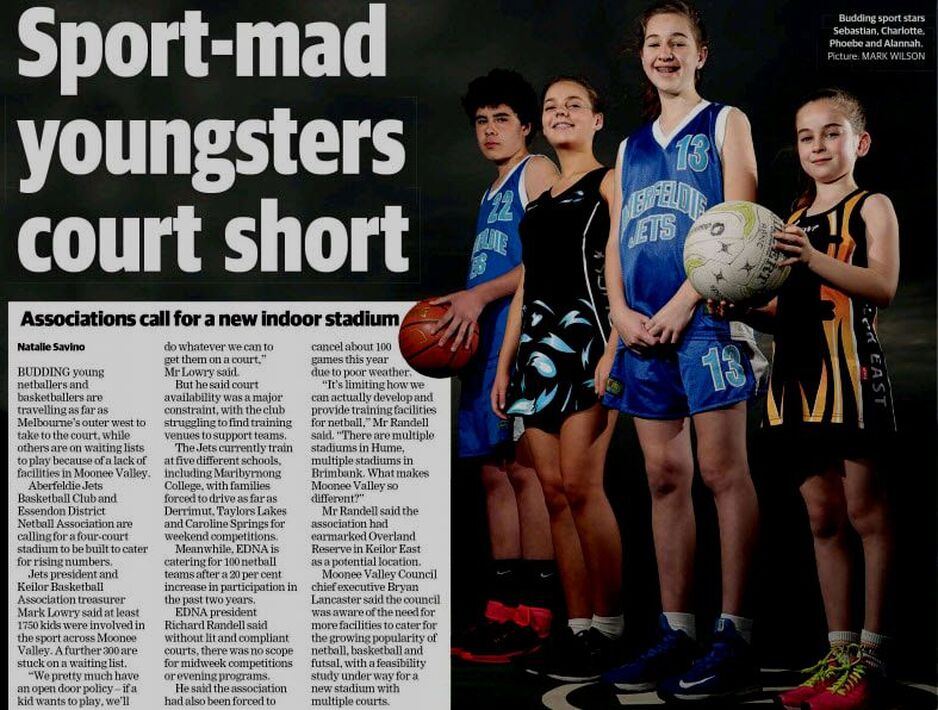